The Third Wave Rolled Back ?

In 1991 Samuel Huntington published The Third Wave: Democratization in the Late Twentieth Century, a book meant to analyze the third wave of democratization that swept across the world in the last decades of the 20th century. The fall of communism, the implosion of the USSR, the rise of the EU and the democratic advances of Latin America and Asia, all seemed to point to an expansion of the democratic world with liberal democracy being adopted by most countries around the world. Huntington points out in his thesis that during this period the number of democracies around the world has more than doubled and that, for the first time in history, most states were democracies and the majority of people lived under a democratic regime. Although he acknowledges that there is a possibility for the democratic progress of some of these countries to be reversed (which, indeed,  had already happen by 1990 in Sudan and Nigeria), he argues that  the general progress towards democracy is irreversible. Fast forward to 2012 and Huntington's belief in the irreversibility of the democratic change is strongly challenged by events around the world.

One of the most striking example is Russia. Since Putin's return, Russia has given up any claim of being a democracy and has increased the crackdown on any voices challenging the regime. Russia is now a classic authoritarian state and none of the democratic principles are respected in the country. The same is true for most of the other former-USSR states with the exception of the Baltic countries and (arguably) Moldova. In fact, the 2011 Democracy Index shows that all the former USSR members, with the exception of the countries already mentioned, are under mild to severe authoritarian regimes.

The Balkans are also suffering a regression of their democratic statute. Hungary and Romania have already clashed with the EU on their actions to curb the power of democratic institutions and the Bulgarian Prime Minister is starting to impose his own control over remaining free media outlets in the country, following the precedent of Hungary. Serbia is returning to its nationalistic discourse, ignoring (at best) the right of minorities and reigniting its special relationship with Russia. Furthermore, the Economist Intelligence Unit reckons that 12 countries across the Balkans and the Eastern European region have suffered a decline in the quality of democracy.

Latin America has slipped into a leftist danger zone with Chavez-like leaders taking over the continent. Their actions have not been as directly against democratic principles as in Russia but many of the liberal values have been trashed in the search of a more egalitarian model. And this might be just the tip of the iceberg as many institutions have been proven to lie about the pressure they are under from governmental forces (the economic indices faked by Argentina's Christina Fernandez are just one of the examples that have surfaced). Moreover, rampant corruption and violence have prevented democratic institutions in Latin America from working how they are supposed to.

Across the Middle-East, the hope that the Arab Spring would bring an end to the authoritarian regimes has proven to be illusory (Tunisia might turn out to be an exception) with little change being observed in the quality of democracy. If anything, democracy has seen a regression across the Arab world, even in Turkey, usually paraded as an example of liberal democracy in the region. Recep Tayyip Erdogan's grab on the political life of the country is proving to be counter-productive. Although he is supported by a majority of the population, he is constantly strengthening his hold on Turkey's institutions. Turkey currently jails 80 journalists and 2824 students (!!!).

A regress of democracy is all but understandable in the situation of a prolonged economic crisis but it is alarming if you consider that it is infecting even the countries that were seen as the main promoters of democratic principles. What better example to illustrate this than Italy? Governed by an unelected Prime Minister imposed by Germany, Italy has taken many radical reforms without asking its population about their opinion. The same is true for most EU governments, which have pushed for greater integration regardless of the democratic opinions of their people. I am a staunch pro-European, I dream of a European superstate but I want it to be achieved in a correct way. It would not have been hard for EU governments to convince their people of the need for a more united Europe, the EU should have presented itself as a solution to the crisis (a full propaganda campaign- Ellul style- would have been the perfect instrument to achieve this). Instead, governments have mismanaged the opportunity to where the EU is now at risk of breaking up.

The current decline in democracy should send alarm bells ringing all over the world. With no end in sight for the economic crisis, the situation is bound to get worse. The most obvious changes are seen in the countries of the third wave of democratization but other countries are also suffering. Will history prove Huntington wrong? I guess it is up to us to answer this question. 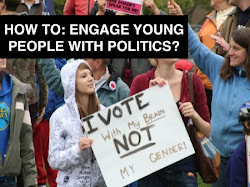